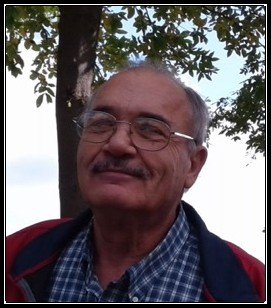 It is with great sadness and sorrow that the family announces the passing of Michael Joseph Takacs of . He passed away surrounded by his loving family at Palliative Care BGH on Thursday November 28, 2019 in his 70th year. Beloved and adored husband of Helen (Kemeny) Takacs.  Loving father of Elona Del Signore (Jason). Cherished papa to Adrian and Stefan.  Dearest brother to Gus Takacs (Julia), and Helen Czerlau (Joe). Also survived by his sister in law Liz Bukta (Tony) and several nieces and nephews. Predeceased by his parents, Balazs “William”(1972) and Helen (Rakoczi) Takacs (1998), by his brother Bill (2017) and sister in law Elizabeth (2018) Takacs, and also infant brother Frank (1940), by his mother and father in law, Istvan “Steve” (2014) and Elizabeth (2015) Kemeny, and sister and brother in law, Maria (2014) and Charles (2019) Frank. Michael was a tobacco grower and worked many years as a truck driver and dispatcher. After retirement he enjoyed spending time with his pride and joy his 2 grandsons.  He also enjoyed travelling with Helen and family and going to see as many NASCAR Racing Tracks and along the way.  When at home he loved to putter around the farm where he was raised since the age of one.  Michael was a member of the Delhi Hungarian Hall, and several internet groups such as Team Shelby Club, Raised on a Tobacco Farm, Hungarian Treasures, and Tobacco Farm Memories. As per Michael’s wishes, a Private Family Memorial Service will be held.  Special “Thank you” to the medical staff that took good care of Michael at and the nurses from Care Partners that came to his home.  Memorial Donations to the Canadian Cancer Society or the Kidney Cancer can be made at the MURPHY FUNERAL HOME, (519) 582-1290 (mfh.care) and will be gratefully appreciated by the family.