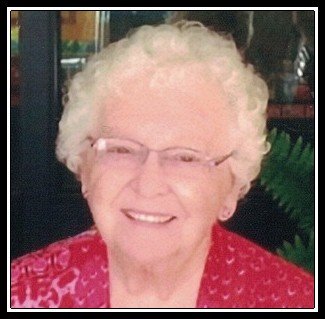 Mrs. Marilyn Pennington - It is with sadness that we announce the passing, with family by her side, of Marilyn Pennington at Terrace Lodge, on September 18, 2019 in her 96th year. Born Marilyn Florence Turnbull on August 24th, 1924 in , , she later moved to with her family where she graduated from high school.  She went on to become a registered nursing assistant working in , , Extendicare, Central Park Lodge and St. Mary's Hospital in . She was a long time resident of in before moving to Terrace Lodge in 2012. Dear mother of Late Ron Bertling (2009), Late Max Bertling (1945), Doug Bertling (Muriel), Susan Noble, Bob Bertling (Donelda), Kathy Foot (Neal) and Jim Bertling (Judy).  She will join those who preceded her in death: husbands Stanley Pennington, William Pennington and Ray Bertling, parents William and Dorothy Turnbull, brothers Douglas Turnbull and Robert Turnbull. Dear grandmother of 14 grandchildren, Dawn Marsellus, Sheri Martincourt, Kenneth Foot, Kimberly Lee, Sarah Noble, Maxwell Bertling, Stephen Noble, Matthew Foot, Michael Bertling, Brandi Arthur, David Bertling, Bill Bertling, Victoria Cluney and Jennifer Bertling and 25 cherished great grandchildren.  The family would like to thank staff at Terrace Lodge, for their care and friendship to Mom over these last years of her life. Friends may call at the MURPHY FUNERAL HOME, (519) 582-1290 (mfh.care) for visitation on Monday from 2:00 to 5:00 p.m. A Funeral Service will be held in the Chapel on Tuesday, September 24, 2019 at 11:00 a.m. with Pastor Kevin Babbey officiating. Interment in . Donations to the Charity of your choice will be gratefully appreciated by the family.