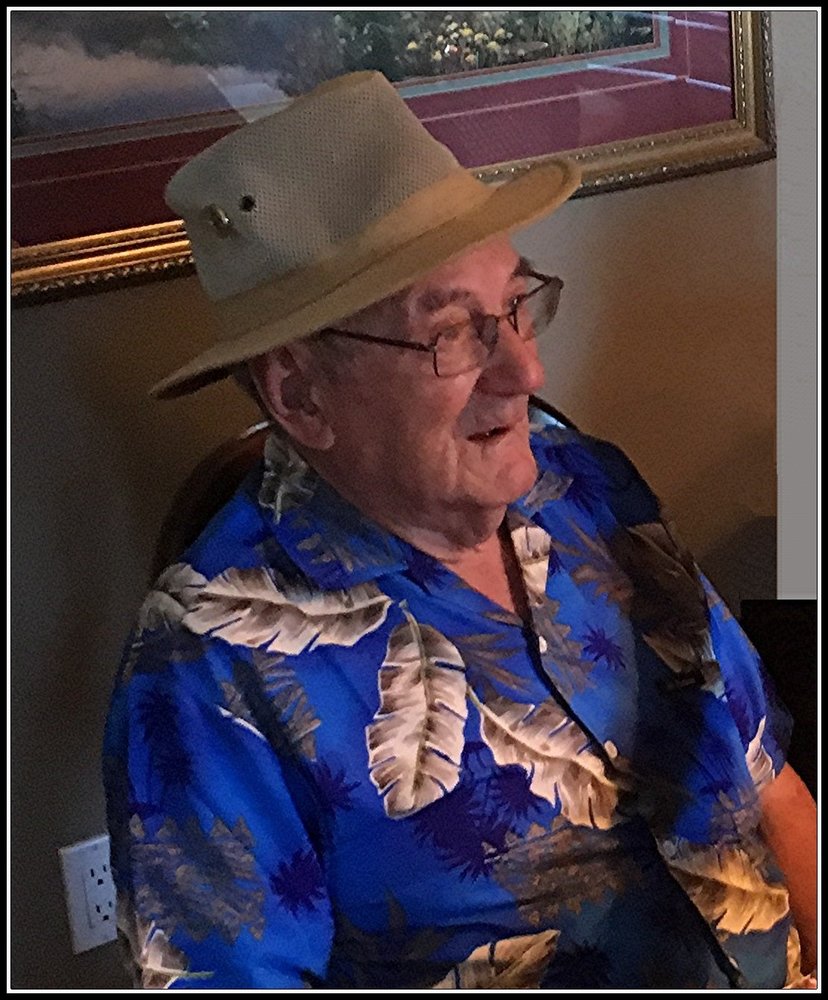 Mr.  Oswald  Vervaet, formerly of , passed away at Rosewood Senior Living, Simcoe on Friday, September 13, 2019 in his 92nd year. Oswald was a sailor in his early life after serving in the Belgium Army. Oswald and Elza immigrated to in 1960 and, although it took some years and a lot of moving, they found there niche in south western as tobacco farmers. He started as a share grower and, after working very hard, he and Elza were able to buy their own farm. They spent many years of his retirement travelling all over the and in their RV together. Oswald enjoyed playing cards, the Belgium Archery Club and many social activities but especially golf that he played up until 90. Beloved husband of the late Elza (Bogaert) Vervaet (2010).  Loving father of Vera Dion (Marcel); Walter Vervaet (Marie) and Alexander Vervaet (Gisele).  Cherished grandfather of nine grandchildren: Darren Vervaet (Katilin), Renee Vervaet (Mike), Patrick Vervaet (Ashley), Lissa Jansen (Jeff), Sarah Robertson (Alex), Stephanie Dion, Matthew Dion, Alyisen Vervaet (Alex) and Brittany Vervaet and great grandfather to Reese, McKinley, Mackenzie, Maverick, Joshua, Benjamin and one more on the way. Predeceased by his great granddaughter, Marie Mason (2010) and his great grandson, Jay Jansen (2019). Friends may call at the MURPHY FUNERAL HOME, (519) 582-1290 (mfh.care) for visitation on Tuesday from 5:00 to 8:00 p.m. A Funeral Mass will be held at Our Lady, Queen of Martyrs Roman Catholic Church on  Wednesday, September 18, 2019 at 10:00 a.m. Interment in Delhi Cemetery. Donations to the Charity of your choice will be gratefully appreciated by the family.