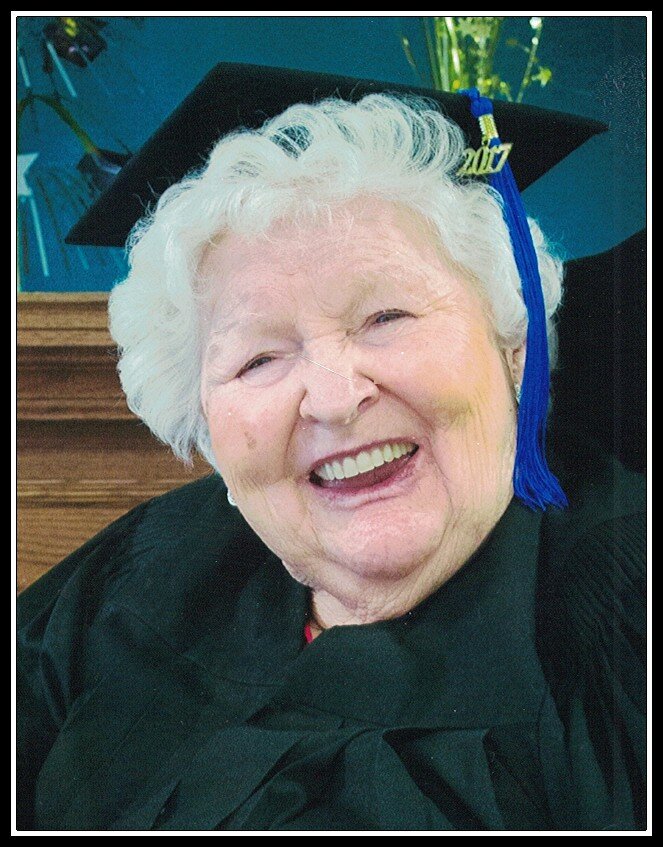 It is with great sadness that the family announces the passing of Alice Lee at her long term care facility in on Friday, December 30, 2022 in her 94th year. Originally born in , , was the daughter of the late Edna and Lawrence Reid. The seventh of ten children, Alice came from a very large family that spread out to various regions across to raise families. moved to in 1949 to pursue a teaching career and to live closer to some of her siblings. Soon after, married her late husband Gordon Lee (former Mayor of Delhi, Ontario), whom she met at a baseball game in . was an adored grade school teacher, dedicating significant time and care for the children she taught over the years. She was an avid baker, holding the best recipe in the world (per her Grandchildren) for homestyle bread and tea biscuits. As the wife of a tobacco farming household, this skill came in handy to feed the workers that supported the farm year-round. In her retirement, loved tending to her gardens alongside her husband - this was indeed their shared passion, and they were certainly known for their stunning and vast gardens at their home in . was also known for her crochet work, which was often on display either at the homes of her loved ones or at local craft fairs. A bit later in life, developed a keen interest and talent for oil and watercolour paintings. She also loved listening to music, specifically piano and choral music, and was a frequent attendee of the Kiwanis Music Festival in . will be missed dearly for her unwavering love for her family, for her quick wit, intelligence, her humor, and for persevering through some very challenging personal struggles. And to quote her directly: "Life is short. Eat dessert first!". Former Alice Mary Reid. Beloved wife of the Late Gordon Lee (2002). Loving mother of Joan Walker, Bryce Lee (Julia), and Lawrence Lee (Sandra). Cherished grandmother of six grandchilden. Also survived by dearest sister Frances Allen and several nieces, nephews and in laws. Predeceased by her infant son, Brent Lee (1958), by her son in law, Jim Walker (2021), and by three sisters and five brothers. Respecting ’s wishes, a Private Family Service will be held with Interment in . Donations to the Canadian Mental Health Association () or the Bookton Presbyterian Church can be made at the MURPHY FUNERAL HOME, (519) 582-1290 (www.mfh.care) and will be gratefully appreciated by the family.