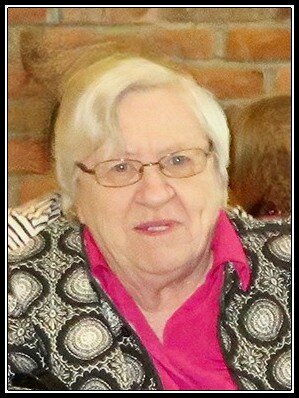 Mrs. Phyllis Santo, formerly of Tillsonburg, passed away at the Cedarwood Village Nursing Home, Simcoe on Friday, December 23, 2022 in her 80th year. Phyllis grew up on the family tobacco farm in the Walsh area. She was the youngest of three siblings. She met Frank Santo and they married in 1962. They shared a love of dogs and cats and had many throughout their lives. They travelled across and to . In the early years, she and Frank share-grew tobacco on various local farms. They settled in Tillsonburg and she worked at Mastico until retirement. Former Member of the Delhi German Home and Straffordville Lioness. Former Phyllis Rachel Goossens. Beloved wife of the Late Frank Santo (2017). Sadly missed by her inlaws, John Kapin (Jo-Anne), Margaret Wolfe (Chris), Rose Gomori (Late Louis), Helen Szabad (Julius) and Mary Szanto (Late August) and several nieces and nephews. Predeceased by her sister Leona Doucette (2020), by her brother, Edmond Goossens and by her parents, Raymond and Anna (VandenBerghe) Goossens. Many thanks to the staff at Cedarwood for the excellent care given to Phyllis. Respecting Phyllis’ wishes, a Private Family Service will be held.  Interment in . Donations to the   Purrfect Companions or the Heart and Stroke Foundation can be made at MURPHY FUNERAL HOME, (519) 582-1290 (www.mfh.care) and will be gratefully appreciated by the family.