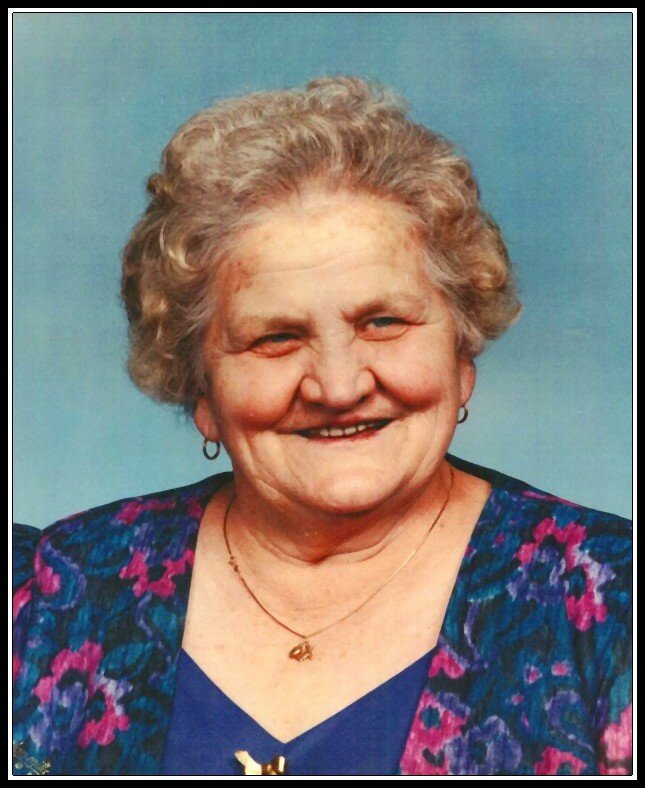 Mrs. Hermine Lindert of formerly of passed away at Park Lane Terrace, Paris on Monday, December 12, 2022 in her 100th year. Hermine came to in 1975 and grew fondly of this Country. She became a big fan of the Toronto Maple Leafs and collected Canadian Memorabilia. She had a passion for crocheting, needle-work and created beautiful afghans. She loved to play bingo. She was a faithful Volunteer with the Victorian Order of Nurses. Loving mother of Emma Berg (Late Henry  2008) and Late Anna Scheider (2016) (Late Karl 2006).  Cherished grandmother of five grandchildren: Richard Berg (Amanda), Monica Berg, Gerhard Pfingstgraeff, Monika Pfingstgraeff and the Late John Berg (2004). Treasured great grandmother of Alysha (Dustin), Rianna (Dylan), Taylor (Quinton), James, Zachary, Mitchell, Dakota, and Patrick. Dearest great-great-grandmother of 5 great-great-grandchildren. Also survived by several nieces & nephews in & .  Predeceased by her husband, John Emrich and by her four sisters: an infant twin sister, Emma and by sisters, Anna Lindert, Maria Bohm, Katharina Lindert and by her two brothers: Johann and Martin Lindert. The Family wish to express a Special Thanks to all the Staff of the Park Lane Terrace, Paris for their compassionate care of Hermine. Friends may call at the MURPHY FUNERAL HOME, (519) 582-1290 (www.mfh.care) for visitation on Monday, December 19, 2022 at 11:00 a.m. followed by Funeral Service at 1:00 p.m. with Pastor Ted Smith officiating. Interment in . Donations to the Canadian Diabetes Association will be gratefully appreciated by the family.