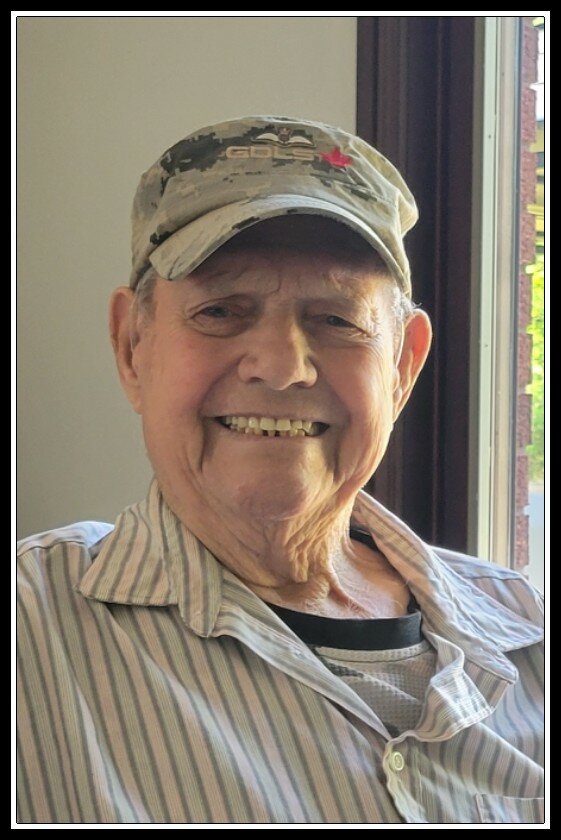 It is with heavy hearts that the family of Ronald (Ron) Gillispie announce his passing peacefully on December 12, 2022 at the Norfolk General Hospital, Simcoe in his 92nd year. Ron has been reunited with the love of his life; his wife, Joyce (Lynde).  We (his family) consider ourselves very honoured to have had him in our lives for so many years. We all agree we have lost a great man. Ron is survived by his 3 children: Sam (Patricia) Gillispie; Ronda (Paul) Pearson; and Theresa (Darryl) Nichols. He was Grandpa/Papa to Kerry (Bret); Rob (Krista); Stephanie (Joel); Adam; Holly (Arthur); Mitchel; Lindsay; and Chase and Great Grandpa/G Papa to ; ; Sadie; Declan; Kayda and Elisabeth. Robert Gillispie (his youngest brother) will miss their weekly visits. A special thank you to Kelly (Ken) Smuck (his niece) for being the chauffeurs so these visits could occur. Ron was predeceased by his brother, Don Gillispie and many brothers-in-law and sisters-in-law. Uncle Ron was a very special man to several nieces and nephews and will be greatly missed. Ron held a very special place in his heart for his Tillsonburg girls Deb and Jackie.  They will miss their telephone calls and the chance to argue Maple Leafs hockey. We truly appreciate all you did for him. Ron’s parents were William (Bill) and Neda (Jones) Gillispie from , who moved to the area to grow tobacco for the Windham Plantation.  As a first generation Canadian, Ron worked on the farm and helped his parents when he was younger. In his adult years he began to work Highway Construction on heavy equipment building several miles of the 401 highway from going all the way east to . In the 1960’s along with his brother Don, he joined Osaca Construction near Port Hope Ontario.  Ron continued to work on heavy equipment using bulldozers and scrapers to clear and grade most of the subdivisions in for new housing for the GM workers. In the late 1970’s he returned to the Teeterville area to work with Lloyd Wood.  Eventually Ron had his own bulldozers and provided his landscape services to farmers in the area.  Ron was contracted by the county in the blizzard of ’77 to clear roads as the snow was so deep. Later in life he contracted his services to Nichols Sand and Gravel for several years.  Ron worked well into his 80’s as he loved working on the bulldozer. He took pride in all that he did. He continued to enjoy life with family and friends living and driving independently until the last 2 weeks.  He lived a good life. As per Ron’s wishes cremation has taken place.  A Celebration of Life will be held at a later date in the spring. Ron (Dad) always loved to make people laugh and smile with a funny story or saying. He said this world is getting crazy.... we need to make it better. It would give him great pleasure if you would do an act of kindness in his memory. Memorial Donations can be made to the Norfolk General Hospital ICU Unit or Juravinski Chemo Clinic at the MURPHY FUNERAL HOME, (519) 582-1290 (www.mfh.care) and will be greatly appreciated by the family.