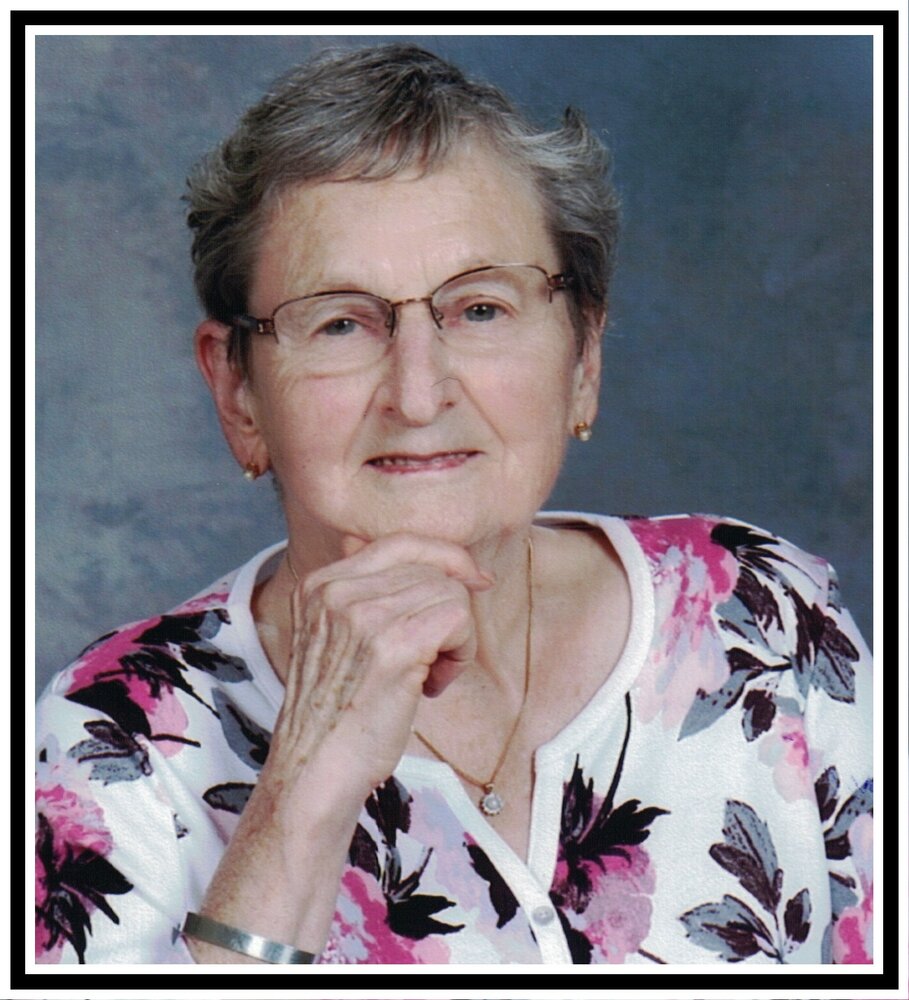 Noella Mylleville of Delhi, Ontario passed away at Norfolk General Hospital in Simcoe, Ontario on Wednesday, August 10, 2022 in her 89th year. Formerly Noella Desender, she was the beloved wife of the Late Arthur Mylleville (2001). Loving mother of Brian (Egles) Mylleville, Bailey Mylleville and the late Brenda Valeriote (Mylleville) (2016). Cherished grandmother of Noah Mylleville, Matthew Mylleville, Alana Haskett, Nicholas Valeriote and Justin (Mandy) Haskett.  She is survived by her sister Maria Clynckemaillie, her brother August (Lucienne) Desender, her sister-in-law Jenny Huygebaert, several nieces and nephews and great nieces and nephews.  She is predeceased by her brother-in-law André Clynckemaillie (1980) and her brother Jacques DeBreuck (2008). Noella Cornelia Desender was born on October 9, 1933, in Boezinge, Belgium (Flanders Fields), the youngest daughter of Elvire Soenen and Ferdinand Desender.  In 1958, she married her life partner, Arthur Mylleville, and shortly thereafter, emigrated to Canada to start a new life.  Together, they endured the early hardships, then later, the bounties of farming tobacco while raising their children in Southwestern Ontario.  Vacation time was spent visiting local attractions and events, Niagara Falls, Marineland, the various beaches that surround the Great Lakes and entertaining family visiting from Belgium. Cooking was an innate skill that Noella possessed despite never having had the opportunity to learn firsthand from her mother who died at an early age. Whether it was homemade crepes, rabbit stew, Steak and French Fries, her signature Christmas Turkey Dinner or Belgian cookies, the delicious aroma that filled her home was but a teaser to the palate. In the winter, she spent countless hours doing needlepoint and knitting, with many of her works now adorning the walls of the homes of her family and friends.  To say that Noella was passionate about horticulture and flowers is an understatement, and for several years, she was an active member of the Delhi & District Horticultural Society until her health no longer permitted. She will be dearly missed as a devoted mother, grandmother, sister and friend. The family wishes to extend their heartfelt gratitude to the Doctors, Nurses and Staff at Norfolk General Hospital, Tillsonburg Memorial Hospital and Victoria Hospital who cared for Noella during her final weeks. Friends may call at the MURPHY FUNERAL HOME, (519) 582-1290 (www.mfh.care) for visitation on Monday from 3:00 p.m. to 6:00 p.m. A Funeral Mass will be held at Our Lady, Queen of Martyrs, Delhi on Tuesday, August 16, 2022 at 10:00 a.m. Interment at Delhi Cemetery to follow. Donations to the (formerly ) or the charity of your choice will be greatly appreciated by the family.