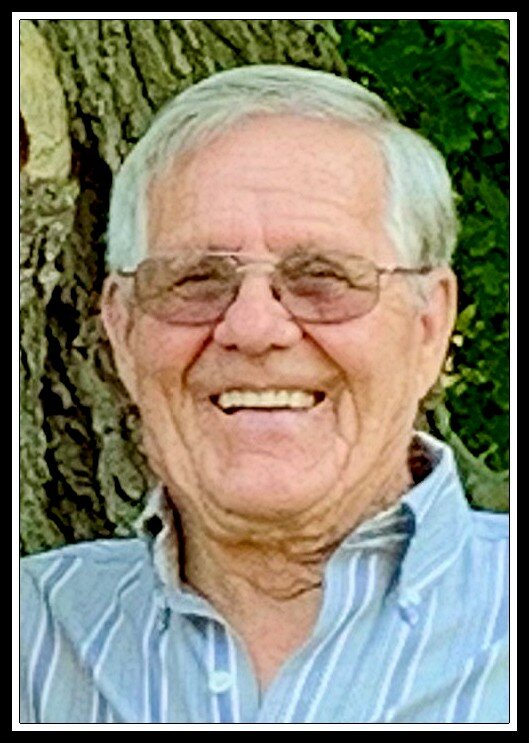 Julien “Juice” Deelen of passed away at the , Simcoe on Thursday, June 16, 2022 in his 85th year. Julien spent many years farming in the tobacco industry and was a buyer for MacDonald Tobacco Company. During the off season, he spent many years involved in the D.M.H.A in various capacities. Julien enjoyed playing darts at the Delhi Legion, archery at the Delhi Belgian Club, and was a founding member of the Delhi Lions Club. When Julien left farming, he dabbled in selling real estate, and dedicated his life to his passion for carpentry and woodworking. He spent many hours putting his craftsmanship to work carving ducks and bird houses, for which he won many awards. A true sports fan, Julien would proudly show off his impressive collection of McDonalds NHL memorabilia. Beloved husband of Carol (Gekiere) Deelen. Loving father of David Deelen (Kim), and Cynthia Deelen (David). Cherished grandfather of Courtney (Michael). Dearest brother and brother-in-law of Gilbert Deelen (Jeannette), Jeanne McLay (), Gerald Bonnett, and Jerry Gekiere (Linda). Also survived by many nieces, nephews and in-laws. He will be greatly missed by his many fur-babies, Gus, Bruin, Moose, Gizmo and Dozer. He is predeceased by his brother, Lucien Deelen, by his two sisters, Lucy DeBackere and Mary Phillips, by his brother-in-law, Frans DeBackere, by his sister-in-law, Ivy (Vuylsteke) Deelen and by his nephew, Ron Deelen. Friends may call at the MURPHY FUNERAL HOME, (519) 582-1290 (www.mfh.care) for visitation on Friday, July 8, 2022 from 5:00 to 8:00 p.m. A Private Family Memorial Service will be held with Inurnment in . Memorial Donations to the SickKids Foundation () or the Charity of your choice will be gratefully appreciated by the family.