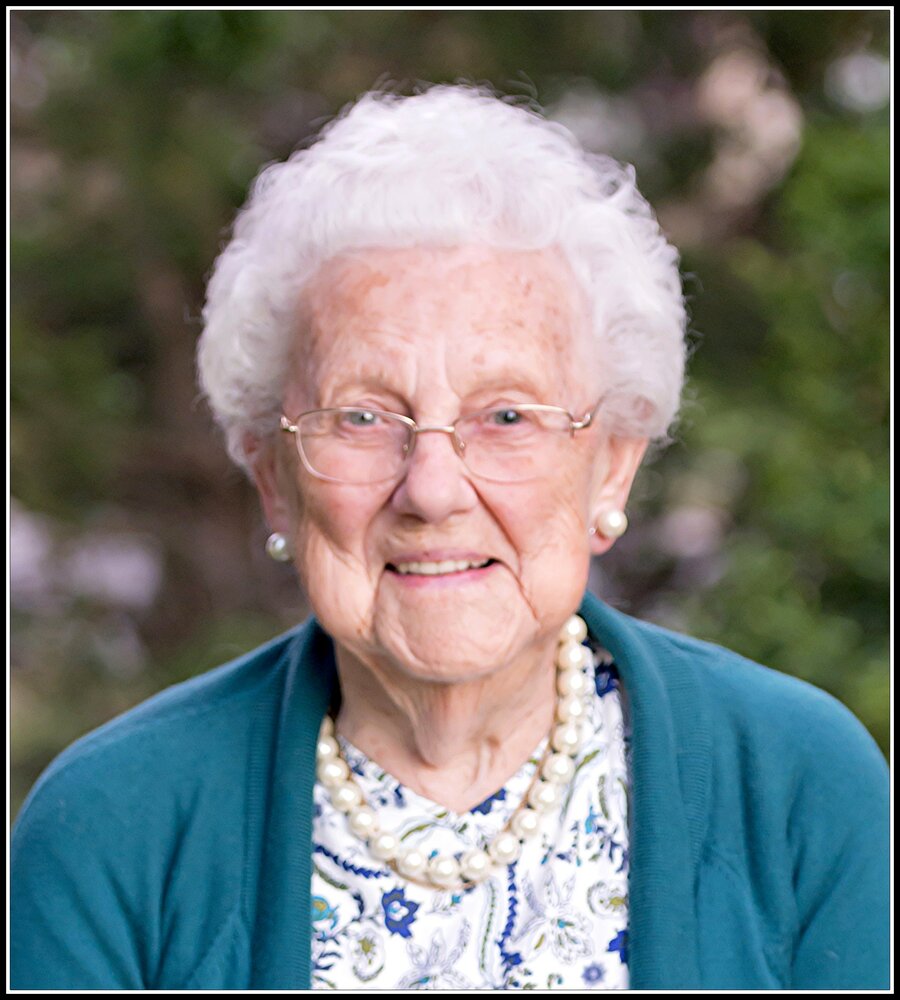 Mrs. Helen Bilger formerly of Tillsonburg passed away at Caressant Care, Courtland on Wednesday May 11, 2022 in her 97th year.  Formerly Helen Elizabeth Langohr. Beloved wife of the Late Louis W. Bilger (1995). Loving mother of Robert Bilger (Bonnie), Sharon Carr (Steve), Valerie Winkworth (Rick), Sheila Mann (Richard) and honorary daughter, Diane Langohr. Loving grandmother of 9 grandchildren; Candice (Eric), Jennifer, Rob (Jaime), Michelle (Justin), Jason, Kyle, Kayla, Melissa & Rachel and 10 great grandchildren. Helen was predeceased by four brothers: Acel (1976), Foster (1985), Ken (2000), Don (2001) and by her sister, Gladys (2009). Survived by her sister in-law, Gerry Langohr of . In 1947 Helen married Louis and together they lived in until 1959 when they purchased a tobacco farm in . They spent many years on the farm raising their beautiful family and Helen put her love of cooking and baking to good use for all of the harvest gangs through the years. Helen and Louis retired and moved to Tillsonburg in 1990. After Louis' passing in 1995, Helen continued to enjoy gardening, spending time with her grandchildren, travelling with her Aunt Violet and never missing a Blue Jay's game. She was also an avid crafter who had a love for sewing, quilting and cross-stitch. Helen was a very devoted servant of the Lord as a Member of the and the L.W.M.L.C. She made countless quilts for not only her family and friends but for Lutherwood and Missions as well. Helen wasn't only known for her quilts, but also for her pickles. Not a single church event or family function was held without them. Helen was a caring & loving wife, mother, grandmother, great grandmother and aunt who will be missed dearly. Friends may call at the MURPHY FUNERAL HOME,  (519) 582-1290 (www.mfh.care) for visitation on Sunday from 3:00 to 6:00 p.m. A Funeral Service will be held at , Tillsonburg on Monday, May 16, 2022 at 11:00 a.m. with Rev. Paul Schallhorn officiating. Interment in , Lynedoch. Donations to the Peace Lutheran Church Building Fund or the Canadian Diabetes Association will be gratefully appreciated by the family.