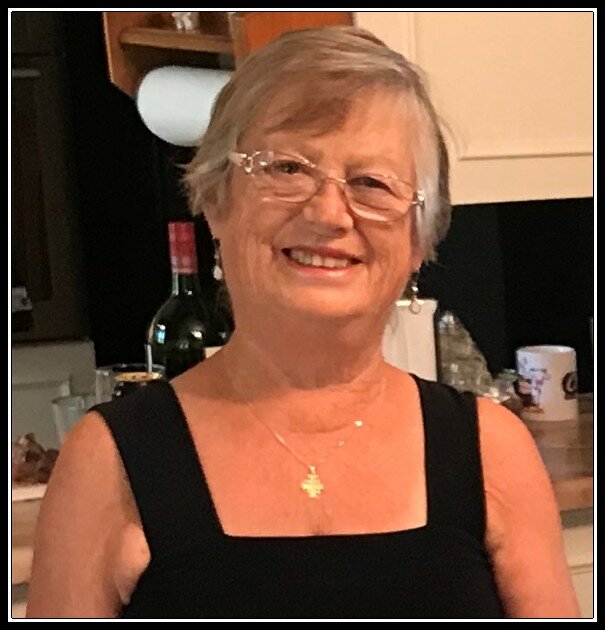 Mrs. Mary Kowanetz of Delhi passed away peacefully at the Norfolk General Hospital , Simcoe on Wednesday, April 27th, in her 78th year, after a three month heroic fight in the hospital, battling complications from surgery. Mary was born in Bruges , Belgium on June 5, 1944, and immigrated to Canada with her family in 1947. She grew up on a tobacco farm just outside of Delhi , where later in life she visited often to feed pigeons and cut grass. She married Martin on December 28, 1963, and graduated from the University of Western Ontario in 1974 with a Bachelor of Arts degree. Throughout her life, Mary had many varied and interesting careers. She established the first nursery school in Delhi (where her children attended), was a teller at TD Canada Trust on three separate occasions for over 20 years in total, owned a dress store called Marie’s Fashions for seven years, and operated a restaurant called Chubby’s for seven years (where both her daughter and daughter-in-law spent some time working). Mary retired in 2009. When Mary’s family was younger, they enjoyed traveling, visiting the East/West coast of Canada , along with Ontario and Quebec . The highlight of these travels was their trip to Europe, especially Belgium where they visited with Mary’s extended family. In her retirement years, she enjoyed entertaining her five grandchildren, cooking grand meals for family celebrations, travelling, walking, and the many chihuahuas in her life, namely Molly, Meg and Maggie. She loved all animals, and especially enjoyed caring for numerous cats at home and around the community. Former Mary Vanpraet. Beloved wife of Martin Kowanetz. Cherished mother of Maurice (Patricia) and Jessica (Jeff). Loving grandmother of Beau (Max), Jacob, Sam, Andrew, and Patrick. Cherished sister of Peter Vanpraet (Georgette) and sister-in-law of Frieda Young (Late Henry), Lena Kowanetz (Late Lorenz) and Lena Kowanetz (Late Joe). Also survived by many nieces, nephews and cousins. Predeceased by parents Maurice Vanpraet and Ludwina (Moeyaert).  A Memorial Mass will be held at Our Lady, Queen of Martyrs Roman Catholic Church, . In lieu of flowers, Memorial Donations to Sleeping Children Around the World (scaw.org) can be made at MURPHY FUNERAL HOME, Delhi (519) 582-1290 (www.mfh.care) and will be gratefully appreciated by the family.