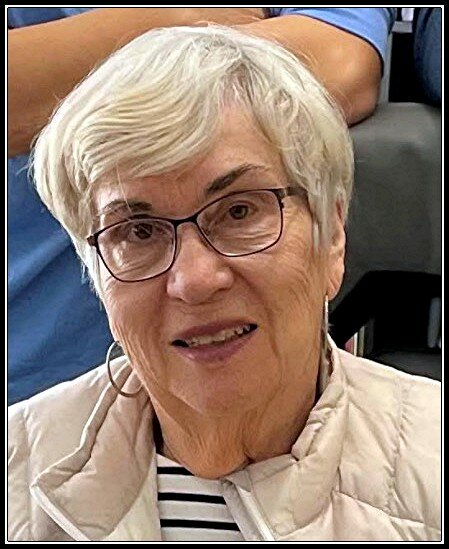 Mrs. Janet Gheysen formerly of Otterville passed away at the London H.S.C., University Campus, on Sunday, March 13, 2022 in her 80th year. Janet farmed along-side her husband for many years. Her pride and joy were her grandchildren and great-grandchild. Janet was a long-time Member of Our Lady Queen of Martyrs Catholic Women’s League. She loved flowers with a particular fondness for peach coloured varieties. Former Janet Julia Rabaey. Beloved wife of the Late Joseph Gheysen (2014). Loving mother of Cheri McNally (Mike) and Chris Gheysen (Janet). Cherished grandmother of Ryan McNally and Portia Jones (Shawn) and great-grandmother of Cole. Also survived by several nieces, nephews and in-laws, including Bill (Arlie) and Henriette.  Predeceased by her two nephews, Joey (1998) and Rudy (2017) and by her brother-in-law Raymond (2004). Friends may call at the MURPHY FUNERAL HOME, (519) 582-1290 (www.mfh.care) for visitation on Thursday from 4:00 to 8:00 p.m. A Funeral Mass will be held at Our Lady, Queen of Martyrs Roman Catholic Church, on Friday, March 18, 2022 at 10:00 a.m. with Rev. Fr. Charles Akinloye officiating. Interment in Delhi Cemetery. Donations to the Heart & Stroke Foundation will be gratefully appreciated by the family.