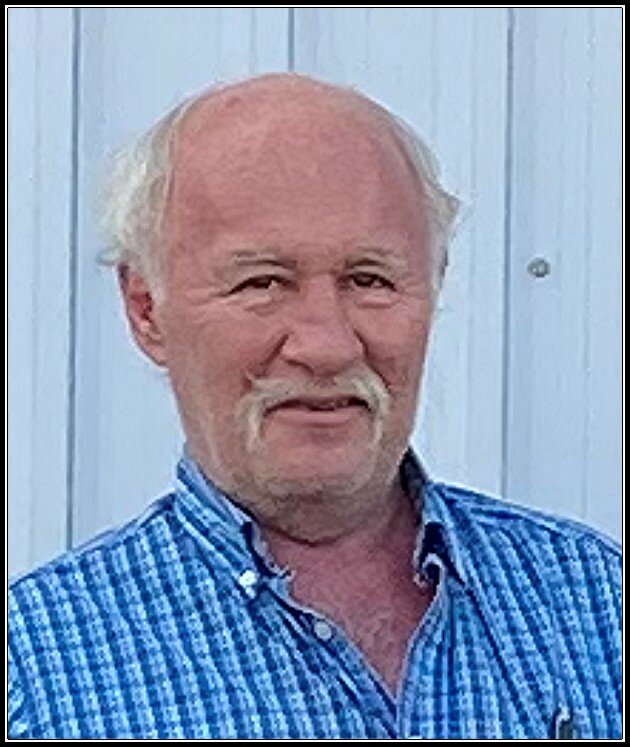 Mr. David Carpenter of Delhi , passed away at the Norfolk General Hospital , Simcoe on Sunday, January 9, 2022 in his 63rd year. David's grandchildren were his pride and joy, hugs and kisses were always plentiful when "Gpa" was around. David was always ready to play a game or run around with the grandkids, he himself was a big kid at heart. Everyday started with a walk to get the mail with his furry companion Marley. David was a social butterfly making conversation with everyone he met. David had a sense of humour often sharing his "dad jokes" with anyone who would listen. David enjoyed his daily Tim Hortons coffee and scratch tickets. David was fan of WWE Wrestling and Classic cars and looked forward to the local car shows each year. Over the years David and his wife opened their home to foster children to give them a safe place to live, instill good values and treat them as his own. Beloved husband of Donna (Hammond) Carpenter. Loving father of Natasha, Travis (Mary) and Corey (Nikki). Cherished grandfather "(Gpa)"of Rebekah, Lauren, Kadie, Angela, Ian, Jackson and Danika. Dearest son in law of Jessie Lorraine (Empey) Hammond. Much loved brother of Cheryl Underhill (Danny), Gary Carpenter (Joan), and Darrell Carpenter ( Sharon ). Beloved brother in law of Colleen Hammond (John), Norma Lyons, Anna Hammond, Tom Hammond (Sarah), Vincent Hammond and Sarah Hammond. Predeceased by his son, Craig Everett (1985), by his parents, Earl (1983) and Jenny (Lojzer, 2018) Carpenter, by his brothers, Dennis Ewing (1994), and Grant Carpenter (2018), by his brother in law, George Hammond (1989), and by his father in law, Norman Hammond (1996). Friends may call at the MURPHY FUNERAL HOME, Delhi (519) 582-1290 (www.mfh.care) for visitation on Wednesday, January 12, 2022 from 10:00 to 11:00 a.m. followed by a Funeral Service held in the Chapel at 11:00 a.m. with Pastor John Friesen officiating. (MAX: 50 Attendees) Please R.S.V.P. & Register at www.mfh.care or call (519) 582-1290. (Facial Covering and Social Distancing Required)  Interment in Evergreen Cemetery. Donations to the Simcoe & District Humane Society or the Ontario Brain Injury Association will be gratefully appreciated by the family.