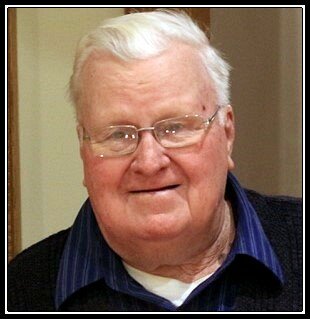 Mr. Roland Wilson of , passed away at the , , on Wednesday, December 29, 2021 in his 83rd year. Roland lived in the area all his life where he farmed tobacco and later in life worked at Vanden Bussche Irrigation and the warehouse. He could be found every morning having coffee at the local Tim Horton’s and buying his lottery tickets at Dave’s variety. Roland was a Member of the Royal Canadian Legion where he played pool and darts. He had friends who were teenagers to friends who were in their 90’s. He was commonly heard talking to a young person he just met saying “Who’s your grandfather - do I know him”?  Roland loved to visit with anyone and everyone. “Rolly” will be sadly missed by all his friends & family. Beloved husband of the Late Barbara (LaFerreire) (2017). Loving father of Donna Koncir, Dave Wilson (Annette), Scott Wilson (Lisa) and Charles Wilson. Cherished grandfather of Andrew, Samuel, Mikaela, Alyssa (Neil) and Zachary () and great-grandfather of Wray Thomas and Magdalen Wilson. Dearest brother of Virginia Henderson. Also survived by several nieces, nephews and in-laws. Predeceased by his siblings: Laverne Wilson (2002), Marjory Barnes (1950) and Joyce Ann Wilson (1948) and by his grandson, Nicholas Koncir (1987). In consideration of the continuing health and safety of our friends and family, a Private Family Funeral Service will take place with Pastor Ted Smith officiating. Interment in , Lynedoch. Donations to the Royal Canadian Legion Poppy Fund, Delhi Branch #125 or the Haldimand-Norfolk Community Senior Support Services can be made through the MURPHY FUNERAL HOME, (519) 582-1290 (www.mfh.care) and will be gratefully appreciated by the family.