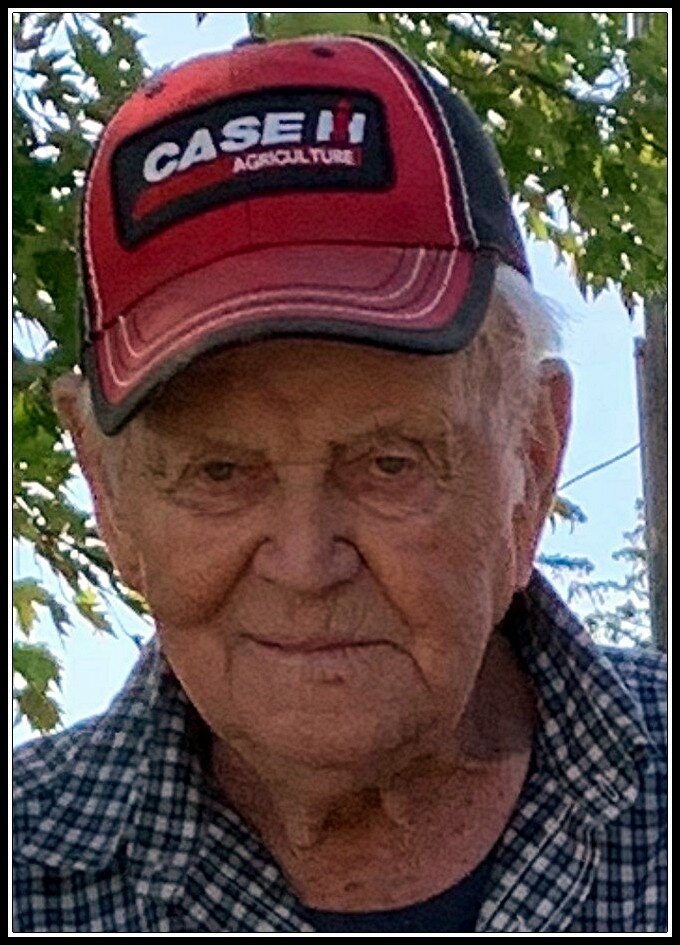 With heavy hearts but gratitude for a life well lived, we sadly announce the peaceful passing of our Dad, Harry Heemskerk of R.R. #1, Norwich, on Wednesday, December 15, 2021 at the Sakura House, Woodstock in his 94th year. Born on October 1, 1928 to Simon Petrus Heemskerek and Sophie P.M. v. Eeden on the family farm in Voorhout (Z-H) . Dad’s desire was to be a dairy farmer but knew with six brothers not all could remain on the home farm. He studied agriculture in and decided to immigrate to in 1949. It was very hard for his family to see him go alone. He made the nine day trip across the . The first few years in were very difficult. He sometimes said he would have crawled back to on his hands and knees. He could not speak the language and had no family to call his own. He was sponsored by a dairy farmer for the first year near . Then he heard of tobacco and worked on surrounding farms in . The Demaere Family welcomed him into their home where he was treated like one of the family. They remained close until this very day. He met the love of his life, Margaret Mary Smith in 1955 and one year later they were married in Our Lady of La Salette Church on October 6, 1956. They purchased their dairy farm in 1957. Hardships followed when Dad needed major back surgery the following year. They managed to hold onto the farm. Another hardship they endured was the passing of their 2 week old son, Dennis. It took a lot out of both of them. Mom and Dad continued to thrive allowing the purchase of another farm in the 1970’s. Both farms remain in the family name. Mom’s unexpected passing shocked us all as she was only 64 years old and she missed so many family occasions. They led a very low key down to earth lifestyle. Dad took on the role of both Mom and Dad checking in on his children often. Some have referred to him as the Good Shepherd. Dad drove to the farm up until July of this year. It was his happy place. When asked his hobbies, he would say family, church, farming, work ethic and kindness. Predeceased by his wife of nearly 42 years, Margaret, on March 25, 1998. Survived by his second wife, Gladys Ferguson Heemskerk, whom he shared 21 years of marriage. We are grateful for the void Gladys filled in his life. We believe you added years to his life. Survived by his nine children, each welcomed with love, Mary Anna De Leye (Frank), Sophie Tarcza (Dave), Cecilia Draker (Gary), Nellie Verbruggen (Rick),  Simon Heemskerk (Loralee), Johnny Heemskerk, Eleanor Vanrooy (Mike), Tony Heemskerk (Kathryn), Late Dennis (December 13, 1967) and Rita Becker (Ron Schooley). Opa could often be found surrounded by his 23 grandchildren: Ryan (Michelle), Brad (Gillian), Derek (Bre), Meghan, Lindsey (Ryan), Kelly (Joe), Kaitlyn (Cary), Corey (Alicia), Chelsey, Dennis, Kevin (Erin), Maggie, Rebecca, Emma, Jonathan (Abbie), Steven, David, Marika, Calvin, Curtis, Jackson, Memphis, Montana and also his little treasures, 17 great grandchildren with another due in March 2022. He will be greatly missed by his siblings in Holland, Hein (2018), Hanna (2018), Tina, Fiet (2007), Tinus (1995), Dirk, Freek, Klaas, Coby, Corrie, Ria and Nellie. Also survived and predeceased by many brothers and sisters in law’s in and . Survived by many nieces and nephews. Friends may call at the MURPHY FUNERAL HOME, (519) 582-1290 (www.mfh.care) for visitation on Friday, December 17, 2021 from 4:00 to 7:00 p.m. (Facial Covering and Social Distancing Required). In consideration of the continuing health and safety of our friends and family, a Private Family Funeral Mass will take place with Interment in Our Lady of La Salette Cemetery. Donations to the V.O.N. Sakura House, or Camp Trillium/Rainbow Lake will be gratefully appreciated by the family.