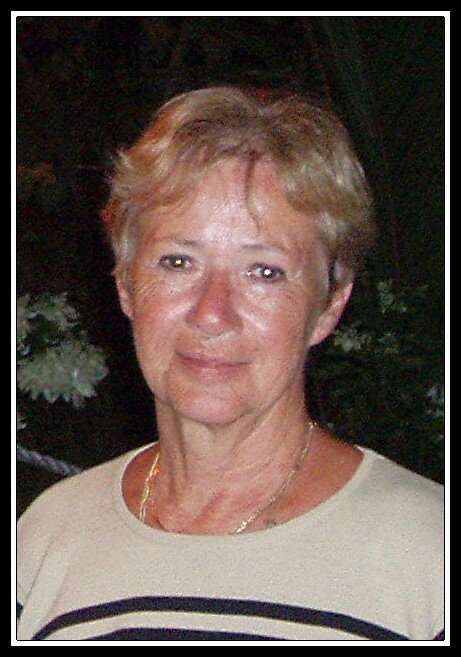 Mrs. Alice DeGeyter of , passed away peacefully in her sleep at her home with her family at her side on Thursday, November 4, 2021 in her 80th year. was a lover of life and knowledge. She graduated from the in 1963. had many interests and hobbies that included gardening, travelling, cooking, writing and reading. She was very active in the community and spent many hours preserving the history of the community in her three books. Former Alice Angela DeBock. Loving mother of David DeGeyter of and Danielle Oliver (Mat) of . Cherished grandmother of her only grandson, Ryan (fiancé Kayla Pruim) of  . Dearest sister of Helen Spriet (Andy) of . Also survived by her in-laws, Lilian Van Lauwe and Ramsey Cairns of Tillsonburg, Linda Stefan (John) of , and many nieces & nephews. She was predeceased by her husband, Herman (2018), by her brother, Robert DeBock (2007), by her sister, Joyce Plowright (1987), by her brothers in law, Henry Van Lauwe (1993) and Denny Plowright (2017) and by her niece, Robin Van Lauwe (1988). Visitation will be held at the Delhi & District German Home, on Thursday, November 25, 2021 beginning at 9:00 a.m. followed by a Celebration of Life Service at 11:00 a.m. observing the mandatory COVID vaccine protocol. Inurnment in along side her husband, Herman. Memorial Donations to the Delhi Community Health Centre or the Delhi Sharing Pantry can be made at the MURPHY FUNERAL HOME, (519) 582-1290 (www.mfh.care) and will be gratefully appreciated by the family.