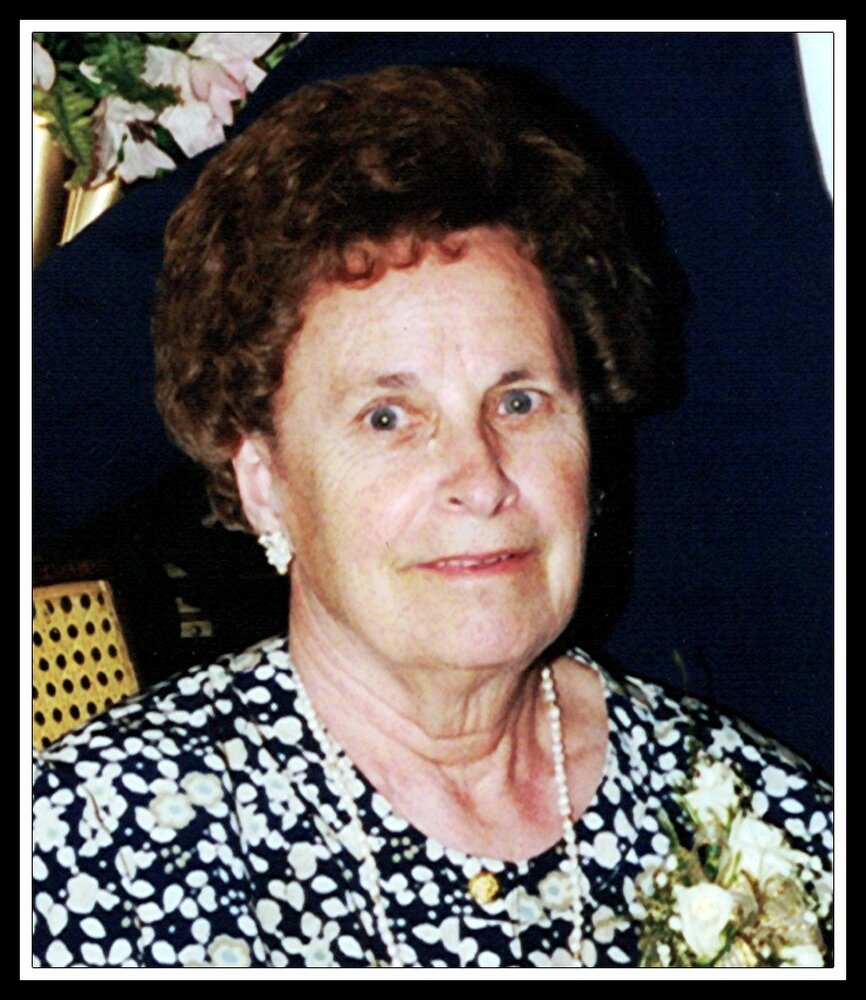 Mrs. Angela Cihak of , passed away at the Delhi Long Term Care Centre, on Saturday, September 11, 2021 in her 94th year. Angele Marie VanLaecke was born in on January 27, 1928. She was the daughter of the Late Henry VanLaecke (1968) & the Late Irma Germaine Vandermeersch (1981). Loving wife for 56 years of the Late Michael Cihak (2005). Much loved mother of Judy Boughner (Hubert Gubbels), Glenda Rebelo (Dominic), Vickie Vandepoele, Janet Cihak and Ron Cihak (Celine). Grandma to Kristen Demeulemeester (Jeff), Karyn Boughner (Jennifer), Kacie Vandenbulck (Damon), Eryn Vandepoele, Michael Cihak and April Barsoski (Shaun). Great-Grandma of Megan, Mason, Kaitlyn, Breigh, Merick, Izabella, Prestin and Lelan. Also survived by several nieces and nephews. Predeceased by her two brothers, Albert VanLaecke (2010) and August VanLaecke (2002), sister-in-law Anne Poelvoorde (2007) and by her sons-in-law’s Rick Boughner (2007) and Christopher Vandepoele (2018). We wish to express our sincere gratitude to the staff of the Delhi Long Term Care Centre, Dr. Wm. Thorogood and N.P. Nancy for their compassionate care of Mom these past few years. Friends may call at the MURPHY FUNERAL HOME, (519) 582-1290 (www.mfh.care) for visitation on Wednesday, September 15, 2021 from 3:00 to 5:00 p.m. A Private Family Funeral Service will be held with Interment in Delhi Cemetery. Donations to the Delhi Long Term Care Centre (Resident Activity Fund), the Delhi Community Health Centre or to the Charity of your choice will be gratefully appreciated by the family.