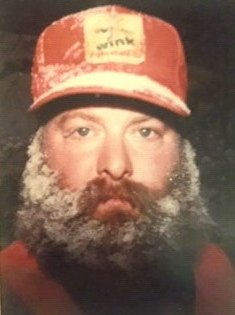 Mr. Robert “Bob” Bertling - After a lengthy battle with cancer, Bob passed peacefully at his home in with his family by his side on Friday, July 30, 2021 in his 73rd year. Bob was a long time and Proud Member of the Delhi Fire Department and the Delhi Legion. Bob was an avid hunter, snowmobiler and boater. He rode many miles in the north with his sledding buddies. Bob enjoyed many years boating on on his beloved ‘DooDad’ with many friends and his first mate, Nellie. From a young age, Bob helped deliver milk for the family business.  As a young man, he and two of his friends travelled to to start their business, Tri B Farms, growing tobacco for a few years. Bob was a hard working, proud, third generation owner and operator of the Delhi Sanitary Dairy Bar. After selling the Dairy Bar, Bob enjoyed working in car sales, real estate and most recently with Darlington Wiring and Plumbing. He loved going to work to be with people, help out and keep busy.  He is survived by his patient wife, Donelda. His loving children, Max (Amy) Bertling and Brandi (William) Arthur. Bob was a super proud Grandpa of Owen and Austin Bertling and Graycie, Clara, Brodie and Kier Arthur. His adored siblings, Susan Noble, Kathy (Neal) Foot and Jim (Judy) Bertling.  His special cousin, like a brother, Max (Carol, Vivian and Joe) Adam.  Bob will be fondly remembered by his many cousins, nieces and nephews. He will be missed by his many, treasured and close friends. Bob was predeceased by his chosen and loving parents, Uncle Max (1986) and Aunt Gwen Bertling (1979), by his cherished Mother, Marilyn Pennington (2019), by his Father, Ray Bertling (1974), by his brothers Max Bertling (1945), Ron Bertling (2009), Doug Bertling (2019), by his Aunts: Florence Leathong (2005) and Joan Adam (2020) and by his Grandparents, Frank (1962) & Myrtle Bertling (1989). Friends may call at the MURPHY FUNERAL HOME, (519) 582-1290 (www.mfh.care) for visitation on Saturday, August 7, 2021 from 11:00 a.m. to 1:00 p.m. followed by Inurnment in . Memorial Donations to the Delhi Firefighters’ Association or to Any Animal Charity of your Choice will be gratefully appreciated by the family.