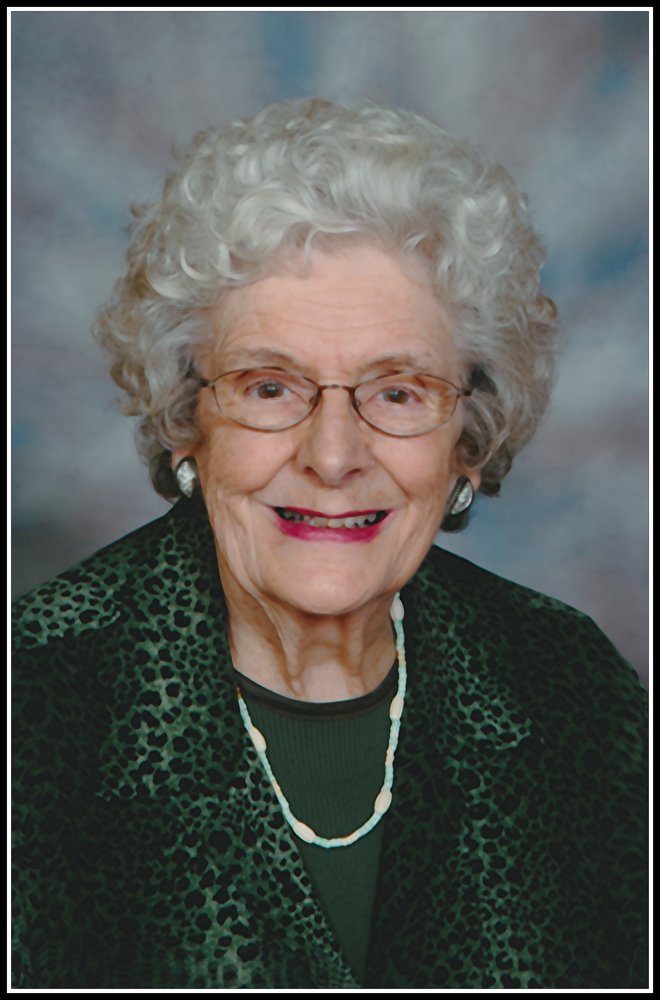 Shirley grew up in the depression and wartime years, and went to Normal School to be a teacher after graduation. She was a girl and proud of it.

Her first teaching job was in where she met the love of her life, Vance Glendinning. Vance saw the shy young Shirley in the bowling lanes of where they each played in separate leagues. At the end of the season, he got up the courage to ask to walk her home and so began their courtship.

They were married in 1948, and she moved to the Glendinning Family Compound, surrounded by her in-laws – brave woman! – And the family printing business. Shirley is mother to Heather, Ivan and Alison, children of the fifties.

In the 1960’s, a new generation of women rebelled against the classic fifties house wife role, but Shirley had never fit that mold. She was already growing and changing to create a new life for herself with Vance.  Shortly after she started her family, Shirley began by writing a weekly column, for the Delhi News Record. This was a chatty weekly essay musing about a little bit of everything small town. She soon began branching out, writing various articles for the Delhi New Record. As her children reached school age, she added to her professional output, photographing and reporting on local events, writing up local and regional politics.

She became a local legend interviewing farmer’s wives for The Canadian Tobacco Grower magazine. She would write an article capturing the spirit of the woman and her life, take a picture in the kitchen, and then detail her recipes.

In the early seventies she published a cookbook with the best of these recipes, and added a second volume when this proved popular. Her family had to add notches to their belts as she tested every recipe before adding it to the book!

One day Shirley learned that her hairdresser wanted to sell some land in the country. Five acres, and Shirley instantly had a vision of a home on that land. Nobody believed in her dream, so she took a thousand dollars of her savings from reporting money, and bought that land. Everyone mocked her and called it The Ponderosa, but Shirley had faith. For several years she had a garden out there and went out daily weeding and watering all summer long. Finally, just in time for her 25th anniversary, she and Vance built a house on that property, and it became the family home for the next fifty years. She was still living there on her 95th birthday when she passed away from old age.

Through the years her many hobbies included golf, bridge, collecting depression glass, horse ownership and racing, visiting the casinos, and camping, (She crossed the entire US camping with Vance and her  brother and sister in-law Fred and Helen Glendinning who were close friends). She grew Christmas trees, and had a succession of much loved dogs as her faithful companions. She loved the arts and took her family to to see many classic musical theatre plays and concerts. She was an avid sports fan including the Delhi Rocket 88’s, The Toronto Blue Jays, and many tennis championships. She was World Crokinole Champion with grandson Tom in Tavistock, and used her school training to support grandchildren as needed at school, forming a close bond with Shane and Amber. All her grandchildren loved visiting and trying to best her at ping pong, shuffleboard and card games.

She is matriarch to a mighty family tree.

She is mother to Heather, Ivan and Alison and mother-in-law to Will Jacomen and Bob Peace

And of course, loving and beloved, wife of Vance Glendinning, who passed away in 2002.

In consideration of the health and safety of friends and family, a private family service will be held with inurnment at Delhi Cemetery. Memorial Donations to the Purrfect Companions of Norfolk or the Simcoe and District Humane Society can be made at the MURPHY FUNERAL HOME, Delhi (519) 582-1290 (www.mfh.care) and will be gratefully appreciated by the family.