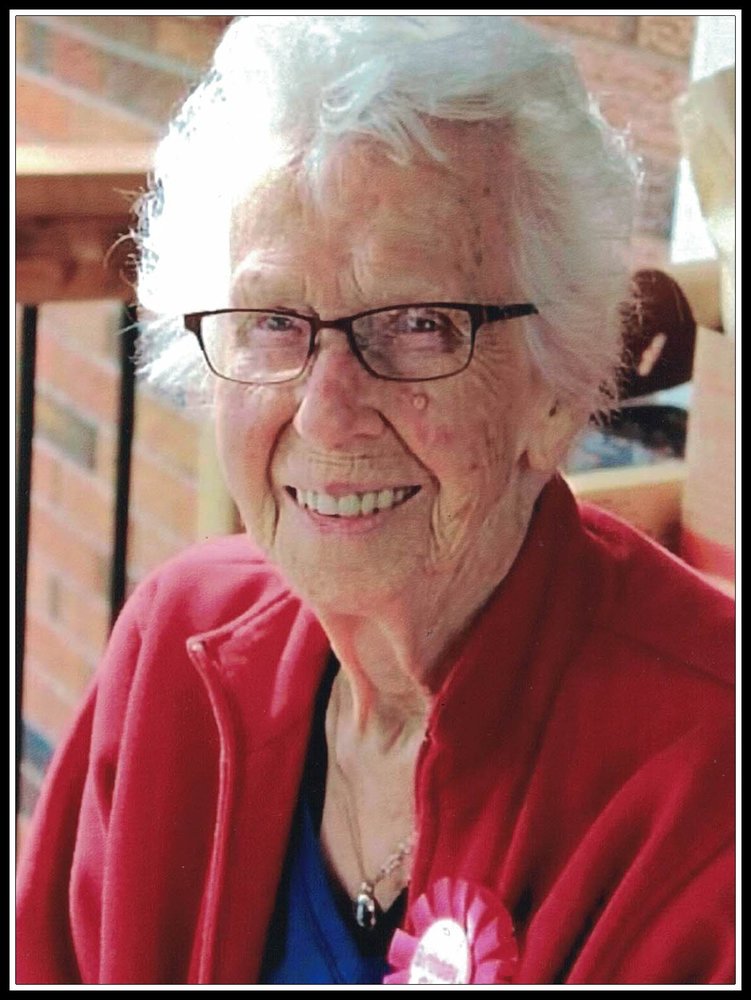 Mrs. Margaret Osaer of passed away peacefully at her home surrounded by her loving family on Monday, July 12, 2021 in her 97th year. Margaret began her career at Imperial Tobacco in Payroll and later worked for their Montreal Office. A Proud Life Member & Treasurer for over 60 years as a Past Matron of the Delhi Chapter #226, Order of the Eastern Star. She was a competitive bowler in the Belgium Hall Leagues with a high single or triple yearly. Margaret acted as a coach and statistician for the children's leagues. She learned to sew, embroider, crochet and quilt. Her knitting of heirloom shawls developed into making and donating baby hats. Making furniture was her favourite hobby. A Dedicated Volunteer & Treasurer with the H-N Community Senior Support Services for many years. Former Margaret Irene Sinden. Beloved wife of the Late Robert Osaer (2004). Loving mother of Roberta Thompson (Ross), Sandie Vermeulen (Mark Skene) and Jim Osaer (Laurie) and mother-in-law of Ron Kichler. Cherished grandmother of Aaron (Nicole), Adam (Jennifer), Tracie (Trever), Jim, Rob (Keika), Stephen, Candice (Jeff), Jana (JT), Matt (Shen), Mike (Gleanard) and 10 great-grandchildren. Dearest sister of Marion Foster and Clifford Sinden. Also survived by many nieces, nephews and in-laws. Predeceased by her daughter, Bonnie Kichler (2014), by her two sisters: Elizabeth Hensgens (1965) and Barbara Campbell (2010), and by her five brothers: (2002), Russell (2012), Lawrence (1928), Robert (2012) and Donald Sinden (2019). The family would like to thank the Community Care Nurses and Margaret’s son-in-law, Ron Kichler, for all of their special care. Friends may call at the MURPHY FUNERAL HOME, (519) 582-1290 (www.mfh.care) for visitation on Friday from 5:00 to 8:00 p.m. A Funeral Service will be held in the Chapel on Saturday, July 17, 2021 at 11:00 a.m. Interment in Delhi Cemetery. In lieu of flowers, Memorial Donations to the H-N Community Senior Support Services will be gratefully appreciated by the family.