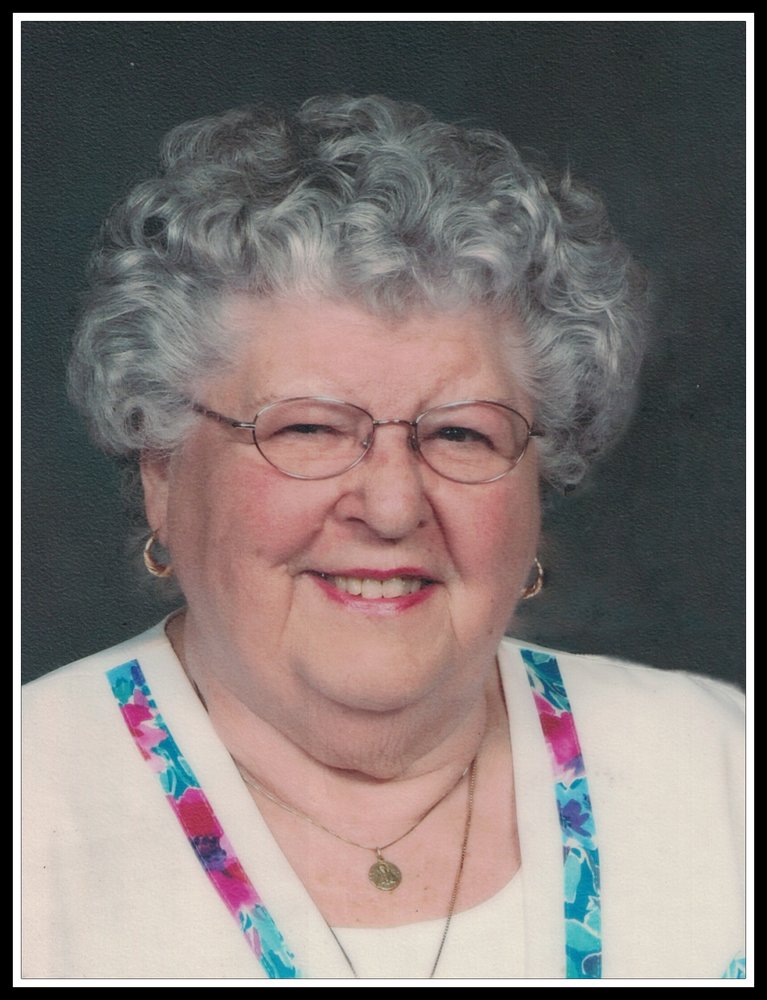 Mrs. Justine Pierssens of and formerly of Langton passed away at the , Simcoe on Saturday, September 26, 2020 in her 94th year. Justine was born in on Feb 9, 1927. Justine was a Proud Member of Our Lady Queen of Martyrs’ Catholic Women’s League, and formerly of Sacred Heart Roman Catholic Church in Langton. She enjoyed playing cards and was very creative and talented in needlework and made many family heirlooms. Former Justine Frances DeBock. Beloved wife of the Late Alfons Pierssens (2013) for 66 years. Loving mother of Richard Pierssens (Debra) and Lee Pierssens (Deborah). Cherished grandmother of Brent Pierssens (Sarah), Stephanie Menich (Mat), Kristyn Ryder, Heather Scherer (Adam), Eddie VanGulck, Stacey VanGulck, Ainsleigh Sinden-Hanson (Matt), Hillary Pierssens and Scott Pierssens. Great grandmother of Logan, Blake and Avery Ryder; Camryn and Reese Scherer; Brady and Jaxon Menich and Taylor and Madison Sinden-Hanson. Dearest sister of Rosie Verbuyst (Late Willy 1999) and Stan DeBock (Ria). Also survived by her sister in law, Dorothy Pierssens (Late George 2013) as well as several nieces & nephews.  Predeceased by her son, Wayne Pierssens (1975) and by her daughter, Patricia VanGulck (2003); by her son in law Edward VanGulck (2011) and by her sister in law, Margaret Monteyne (1977) and brother in law Marcel Monteyne (1982). A Private Family Memorial Service will take place with Inurnment in , Langton. Memorial Donations to the Children's of can be made at the MURPHY FUNERAL HOME, (519) 582-1290 (mfh.care) and will be gratefully appreciated by the family.