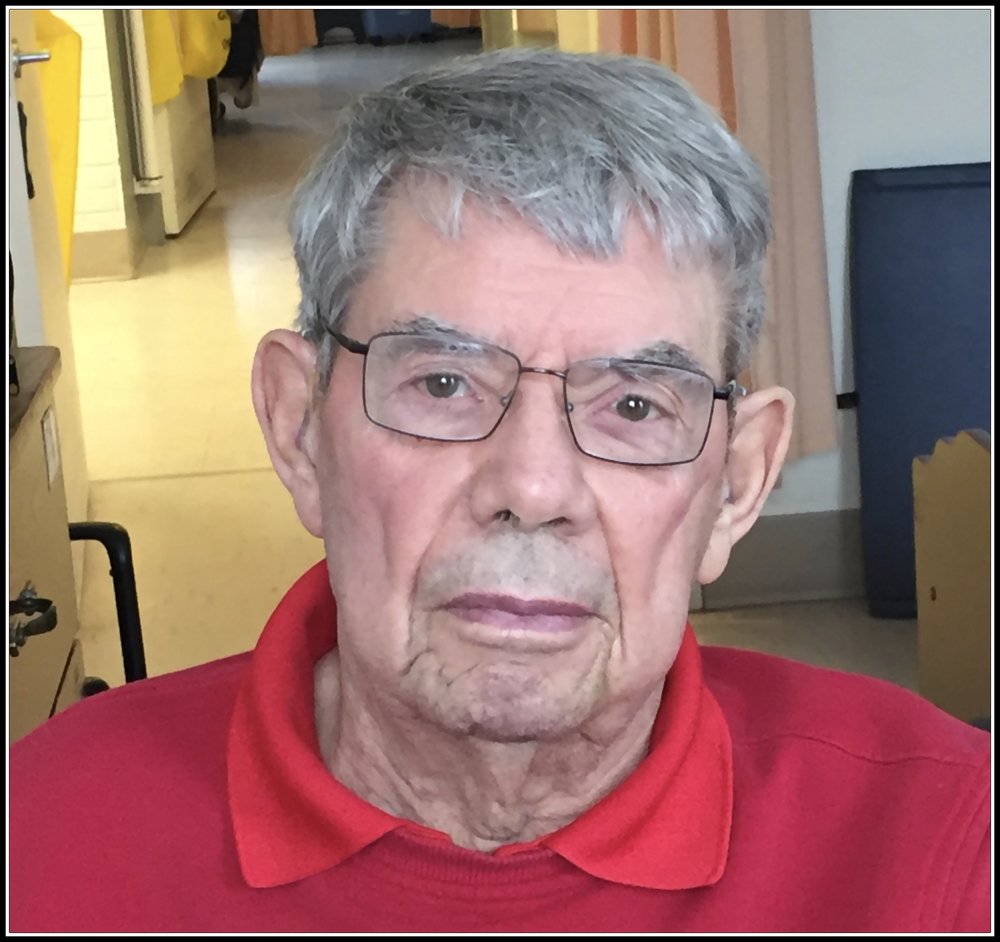 Mr. Charles Edward “Ted” Crandon, formerly of , passed away at the Delhi Long Term Care Centre on Friday, September 11, 2020 in his 92nd year.  ﻿Ted moved to from Strathroy at 21 years of age, to be a reporter on the Delhi News-Record.  He thought it would be for a short period of time to gain some experience and move back to and work for the Free Press. Instead, he fell in love with the town and a young Gail Gardner. They were married in 1953. His love of the publishing business lead to a 40 year career with many highlights. In the early 1950’s he helped launch Canadian Tobacco Grower magazine, which became the bible for the flourishing tobacco belt. From this point forward the small company grew quickly. Ted became President and majority shareholder in the company that published three (3) community newspapers and six (6) specialized farm and industrial magazines. In 1988 the success of the company attracted the attention of a larger public company and was sold. Ted was a big booster of the Town of .  He was definitely the loudest guy in the arena when his sons or the local junior and intermediate hockey teams were playing. Ted was the fundraising chairman for the new arena in , past president of the Delhi Optimist Club, and Secretary/Treasurer of the Wills Motor Rocket 88’s. He also served as a board director for the Ontario Community Newspaper Association and the Canadian Community Newspaper Association. Ted was a busy guy, but his top priority was always his family. He was a great father to Mark and Bart and a loving husband to his wife Gail. Ted will be remembered as a stand up guy and a friend to most people he met.  Beloved husband of the Late "Gail" Mary Iris Crandon (nee: ) (2012). Loving father of Mark Crandon (Maria) and Bart Crandon (Linda). Also survived by several nieces & nephews. Predeceased by his three sisters: Marie Green (Late Tom), Doris Lawrence (Late Bill) and Lois Walker (Late Doug). The family would like to thank the staff at Delhi Long Term Care for taking such great care of Ted, we appreciate it.  Friends may call at the MURPHY FUNERAL HOME, Delhi (519) 582-1290 (mfh.care) for visitation on Wednesday, September 16, 2020 from 5:00 to 8:00 p.m. (A Facial Covering is Asked for & Provided to Attend any Visitations & Services).  A Private Family Funeral Service with Pastor Ted Smith officiating will take place with Interment in Delhi Cemetery. Memorial Donations to the Delhi Community Health Centre will be gratefully appreciated by the family.