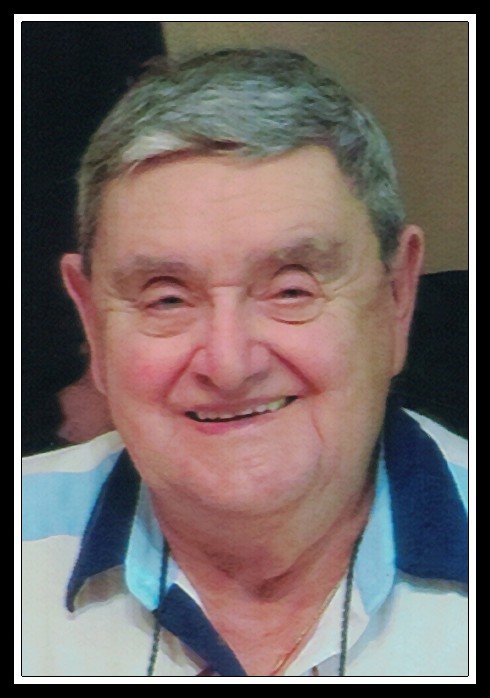 It is with great sadness that we announce the peaceful passing, at , of (Achiel) Paul Van Londersele of Simcoe , on Friday July 31, 2020, in his 89th year. Much loved and devoted husband of the Late Cecilia Van Londersele (nee Valcke – 2009).  Devoted and loving father of the Late Dan Van Londersele (2008) (MaryAnn); Larry Van Londersele (Linda);  and Linda Scott (John).  Cherished grandfather and great-grandfather of Lisa Harper (Norm), their children, Mackenzie & Madison; Kristen Metron (Gabe), their children, Ethan & Emma; Paul Van Londersele (Michelle), their children Daniel & Travis; Jason Van Londersele; the Late Cassia Van Londersele (1992); Adam Van Londersele (Amy-Lyn), their children, Caleb, Abigail, & Keziah; Jennifer Scott-Penich (Anthony), their children, Hayden & Blake; Melanie Scott-Cooper, her son D’Artangan; and Dr. Carol Scott.  He will also be sadly missed by his very special and loving friend, Dorothy Vanderhaghe. Paul is also survived by his brother-in-law Ramsay Cairns (Liliane) and several nieces and nephews.   Predeceased by his parents, Gustaf (1957) and Madeline (1993) Van Londersele, and his sister Paula Van Londersele (1931).  Born and raised in the area, Paul was a long-time tobacco grower as well as an independent insurance broker. Throughout his life, Paul was very active in his community, serving as an auxiliary officer on the Delhi Police Force, a Fourth Degree Knight with the Delhi-LaSalette Knights of Columbus, and a member of The Frontiersmen Club, Simcoe Flying Club, and the Turkey Point Golf Club.  He was also a member and past-president of the Delhi Kinsmen Club, a Deputy-Governor of the Kinsmen Club of Canada, a member and past-president of the Delhi Belgian Club, and past-chairman of the Norfolk Board of Education.  Paul & Cecile travelled extensively, seeing many parts of this world together.  They also enjoyed spending time at their winter home in and their summer cottage in Turkey Point, golfing and fishing. Friends may call at the MURPHY FUNERAL HOME, Delhi (519) 582-1290 (mfh.carc) for visitation on Tuesday, August 4, from 3:00 to 6:00 pm. (To attend any visitation and service, a facial covering is asked for and can be provided).  A Funeral Mass will be held at Our Lady Queen of Martyrs Roman Catholic Church, Delhi (MAX: 150 Attendees) on Wednesday, August 5, 2020 at 11:00 a.m.  Interment in .  Donations to the Delhi Community Health Centre or the Norfolk General Hospital Foundation will be gratefully appreciated by the family.