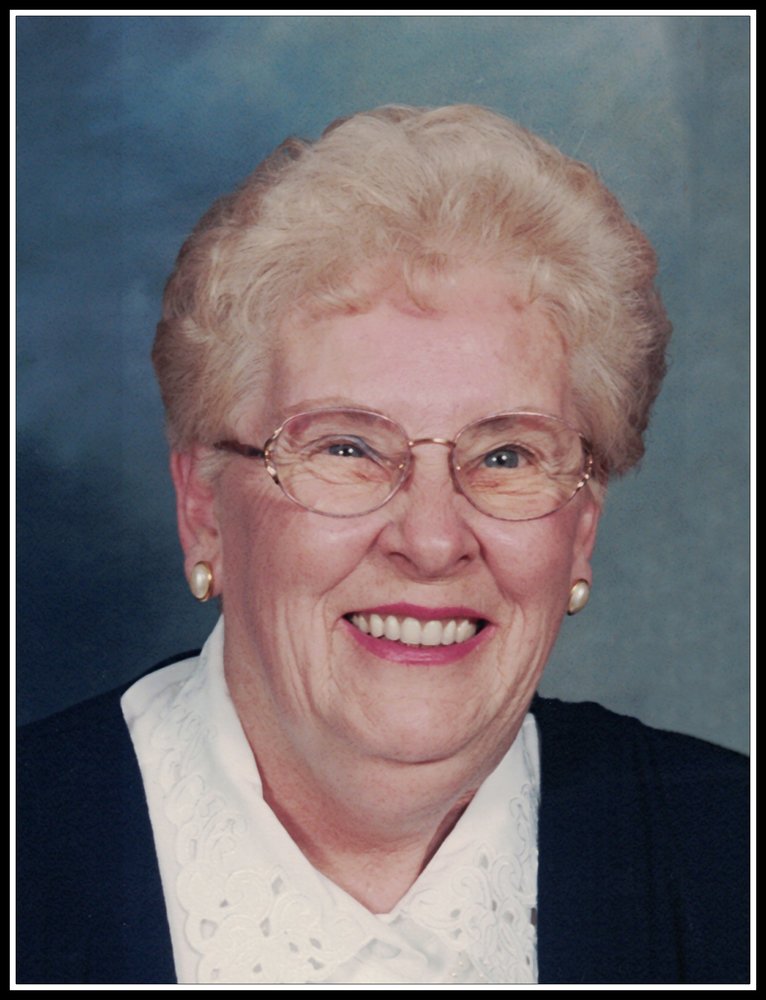 Mrs. Betty Mertens of La Salette, and formerly of Teeterville, passed away peacefully at her home on Friday, February 7, 2020 in her 82nd year. Former Elizabeth Anne Marsh. Beloved wife for 62 years of the Late Morris Mertens (2017). Loving mother of Debbie Szecskas (Joe), Late Rick Mertens (2017) and Gary Mertens (Eleanor) and mother in law of Diane Mertens. Cherished grandmother of Michael (Natasha) daughter Kylie & Ashley (Scott), Jared (Christin) & Colin (Lindsay), Kyle (Natalie) & Bryan (Katie). Also survived by several nieces and nephews. Predeceased by her brother, Bob Marsh (2003) and her sister in law, Betty (2008) brother in law, August (2004).  Betty was part of the Delhi Minor Hockey Moms for many years and volunteer at in Windham Centre watching both her children and later her grandchildren play hockey and baseball. She spent many years working on the family farm. She loved a good yard sale, doing crosswords and word searches, and Friday night meals at The Barrel Restaurant.  Respecting Betty’s wishes, there will be a Private Family Memorial Service with Inurnment in Our Lady of La Salette, . Memorial Donations to the Delhi Community Health Centre or the La Salette Area Rural Roots (Church) can be made at the MURPHY FUNERAL HOME, (519) 582-1290 (mfh.care) and will be gratefully appreciated by the family.