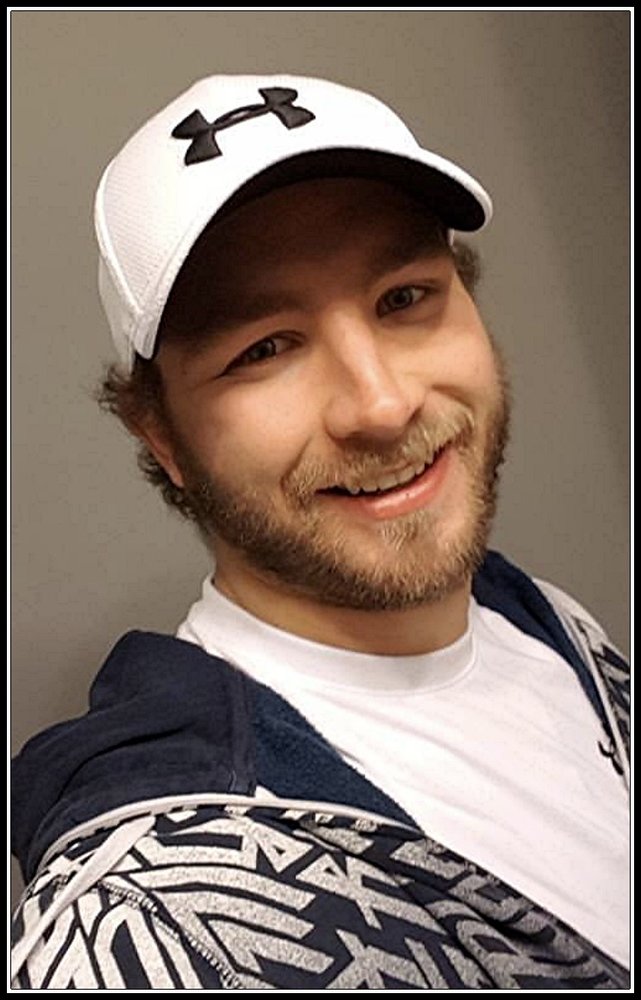 Mr. Derek Ploj of , passed away in his sleep while working and living in on Saturday, January 18, 2020 at the age of 28. Derek was a third-year apprentice electrician. He was an entrepreneur who had just opened Reliance Used Appliance in . In Derek's spare time he loved to spend it with friends and family. Derek has made many memories while fishing, snowboarding and exploring the outdoors. During his time in high school Derek was a terrific athlete and participated in sports such as hockey, football, soccer and volleyball. Derek enjoyed working, was always proud of his jobs and was known for his ambitious work ethic. Derek had many friends throughout his life in and in . Derek had a special talent of making those around him laugh even when they did not feel like it. His smile could light up any room. Beloved son of Dennis & Jane (Clement) Ploj of Delhi.  Loving brother of Sarah Ploj and brother in law Patrick. Cherished nephew of Larry and Judy (Clement) Belaen, Fred and Jean (Clement) Vanden Elsen, Gerald and Kathy (Tait) Clement, Jim and Jackie (Mahieu) Clement, Brian Ploj, Joe Ploj and Bernie and Mary (Lambrecht) Ploj. Beloved cousin of Jordan and Stacey (Vanden Elsen) Demeulenaere, Lena Vanden Elsen, Kyle and Mandy (Belaen) DePlancke, Matt Belaen, Christine Clement, Jeff, and Hope Clement, Shane and Karlie Ploj, Mitch and Whitney (Ploj) Shaw, Wesley Ploj, Nick and Hailey (Ploj) Fitzgerald. Predeceased by his grandparents, Christine & Joseph Ploj and Wray & Aileen Clement. Friends may call at the MURPHY FUNERAL HOME,  (519) 582-1290 (mfh.care) for visitation on Friday January 31 from 2:00 to 4:00 & 7:00 to 9:00 p.m. A Funeral Service will be held in the Chapel on Saturday, February 1, 2020 at 10:00 a.m. with Pastor Ted Smith officiating. Interment in Vanessa Cemetery. Donations to the Delhi Sharing Pantry or to Hamilton Health Sciences Foundation (Juravinski Cancer Centre Foundation) will be gratefully appreciated by the family.