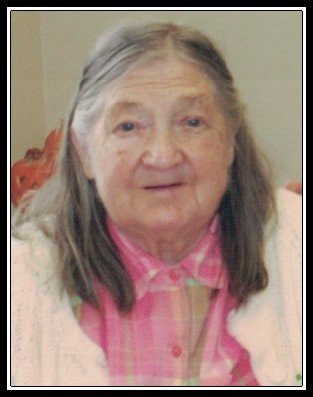 Mrs. Ruth Smith, formerly of Dunnville, passed away at the Norfolk Hospital Nursing Home, Simcoe on Tuesday, September 3, 2019 in her 90th year. Ruth was a great cook and did crafts but she especially enjoyed Sunday day trips with Charles. Former Irma Ruth Steeves. Beloved wife of the Late Charles Smith (2009). Loving mother of Dorothy Davis (Bill). Cherished grandmother of Terri, Jennifer (Brent) and Billy (Dawn) and great grandmother of Zander, Chloe, Trae, Gunner, Garrett, Rayne, Tanner and . Dearest sister of Grace Branscombe (Late Everett). Also survived by many nieces, nephews & in-laws.  Predeceased by her daughter, Marjorie (1977) and by her sister, Irene and by her two brothers Douglas and Emery. Friends may call at the MURPHY FUNERAL HOME, (519) 582-1290 (mfh.care) for a Memorial Visitation on Sunday, September 8, 2019 from 6:00 to 8:00 p.m. A Private Family Service will be held at . Donations to the Norfolk Hospital Nursing Home will be gratefully appreciated by the family.